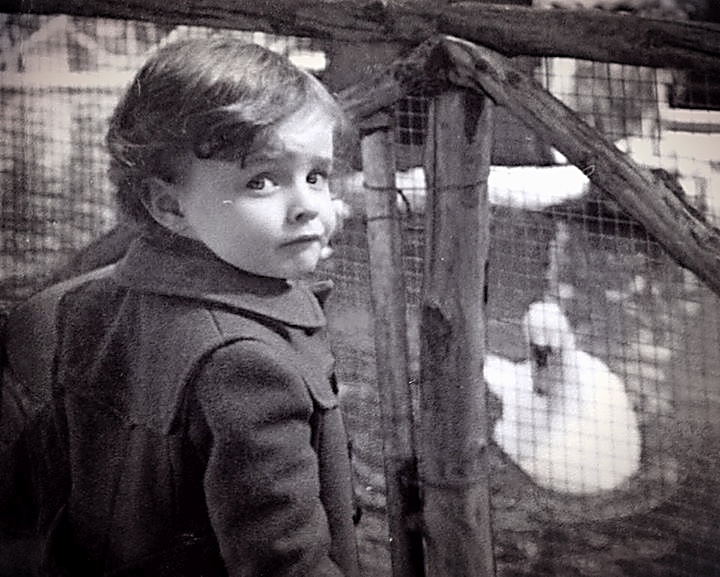 Spanish composer, pianist and also a graduate in Musicology of the Royal Conservatory of Music of Madrid (Spain). Member of the Association of Composers of Madrid,  institution that counts on the presence of recognised Spanish composers such as Cristóbal Halffter, Tomás Marco or Luis de Pablo. He is the director and presenter of the radio programme 'La Hora Ricercata', in Clásica FM Radio (Spain). In this section, he analyses the world of contemporary music as he talks about the biography and the work of specific composers, in order to fight the prejudice of the audience towards this field of the classical music.

He has been the subject of an important homage that was celebrated in the main theater of his hometown in 2017; the local government gived recongnition to his promising career, counting on the presence of many famous artists of Spain. One of his next outstanding projects is about the performance of his piece Sextet for piano and strings, within the Chamber Cycle of the National Orchestra of Spain, at the National Auditorium in Madrid, in November 2019.

Fernando Lázaro started his piano training when he was 7 years old in the conservatory of his hometown, Albacete. He quickly developed his facet of composer and learned how to write music on his own. As the years passed, he also started giving piano concerts in some of the most important theaters all over the country, and remained writing new pieces that soon became well-known amongst the audiences. His musical catalogue includes works for solo piano, duos, chamber music, concert songs, ballets, cinematographic music and symphonic pieces. At the age of 16 he wrote his first orchestral work, 'La Oriental', in 1991.

Fernando has worked with some of the most important European artists. Some of his most relevant works are the ballets written for the Italian coreographer Renato Zanella (former director of the Wiener Staatsballett -receiving the Austrian Decoration for Science and Art-, current director of the Ballet of Budapest). Fernando's first ballet, 'Brishen', was in collaboration with Zanella, with the premiere taking place in Madrid in 2010. Fernando's music has crossed the national barriers in many ocassions, having premieres all around the world in countries like México (Festival Cervantino -Guanajuato-), Austria (Tiroler Landestheater), Japan (Shinjuku Bunka Theater), Russia (Mikhailovsky Theater of Saint Petersburg), Finland (Mikkeli Concert Hall), Italy (Bellini Theater of Catania), Rumania (Regina Maria Theater) and Hungary (State Theaters of Budapest and Györ). In 2012 he wrote his second ballet 'Das Brennende Dorf' (a script by the film director Reiner Werner Fassbinder, based on Fuente Ovejuna by Lope de Vega) that had the premiere during the same year in the Theater of the State of Innsbruck (Austria), with the coreography of the Spaniard Ángel Rodríguez. This ballet will be also presented in 2018/19, in Hungary. He also composed the music for some scenes of the ballet 'Carmen' in collaboration with Rosario Castro's Company; the premiere took place in Madrid in 2008, and was played along with the original piece of Bizet. Fernando's work has always had a strong connection with the world of dance. International dancers such as Farukh Ruzimatov, Yulia Makhalina or Victoria Kutepova (main dancers of the Mariinsky Theater) are a few examples of the professionals who played the coreographies for his pieces.

The music of Fernando Lázaro has been played in the National Radio of Spain frecuently, with pieces like his 'Variations on a Schubert's theme' (2000) or 'Cajón y Zapateo' (2003), both of them played by Fernando himself for the first time in the Palau de Valencia (Spain) in 2004.

His career has been very prolific; most of his pieces has been played repeatedly in important festivals such as the Festival of San Lorenzo del Escorial, European Music Open Festival of Oradea (Rumania), Chamber Cycle of the National Orchestra of Spain, or the International Music Festival of Contemporary Music of Madrid, normally by famous musicians such as María Rosa Calvo-Manzano (harp), or the famous Spanish pianists Albert Nieto, Edelmiro Arnaltes, Daniel del Pino, Mario Prisuelos, Eduardo Frías and Francisco Escoda or the fabulous Italian pianist Daniele Petralia, as well as the directors Flores Chaviano, Sebastián Mariné or Vicenzo di Mauro (Italy), this last one with the Philarmonic Orchestra OSN of Mascalucia (Sicilia), for the celebration of the New Year in 2016.

In the cinematographic field, Fernando Lázaro has been invited to the International Congress of Film Music of Ubeda along with composers like Basil Polidouris (Conan The Barbarian), John Debney (The Passion of Christ) or Bruno Colais (Les Choristes), where he gave a speech about his work related to this genre, and offered a piano concert. Fernando wrote the arrangements and also transcribed more than twenty pieces of music for films written by other composers that he plays often in concerts. Also, he is the composer of numerous cinematographic projects, documentaries and television, being the most important those in which he worked with the director Alvaro Pastor (nominated for two Goya Awards).

Nowadays, Fernando keeps working and composing for concerts, ballets and films, being his music spread all over the globe.